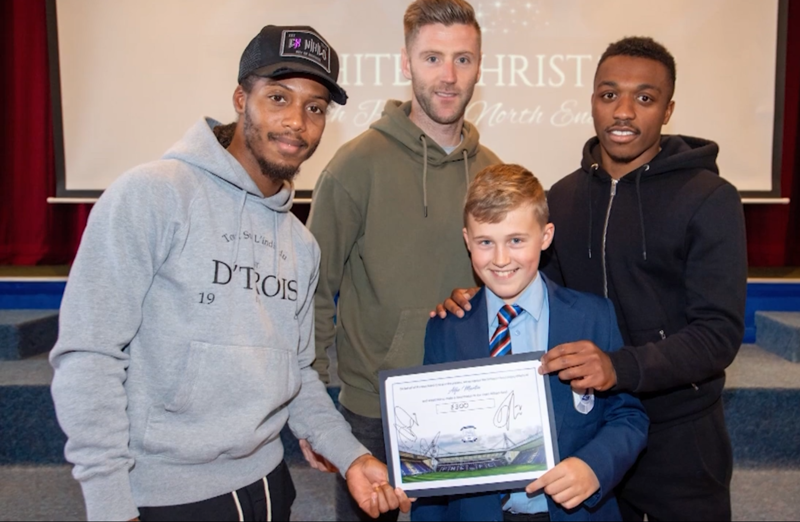 On Thursday 21st November, Alfie Martin, a pupil in Year 7, was surprised in school by three players from Preston North End in their Whites Christmas Campaign. Daniel Johnson, Darnell Fisher and Paul Gallagher made a surprise appearance in recognition of Alfie’s remarkable fundraising efforts for his disabled cousin William.

Earlier this year Alfie arranged a charity walk from Blackpool to Preston to raise money for his cousin’s ‘Team William’ fund, raising more than £2,000, and he has since helped out at plenty of other charity events for William.

After being nominated for a Whites Christmas surprise by his auntie, three Preston North End players joined a shocked Alfie at the front of the school hall in his assembly, before taking to the classroom for an exclusive question and answer session for the young Lilywhites supporter and his family, as a reward for all of his efforts.

In addition, the PNE first-team squad have collectively donated £300 to the cause. Well done Alfie, a truly inspirational way of letting God’s light shine within you. 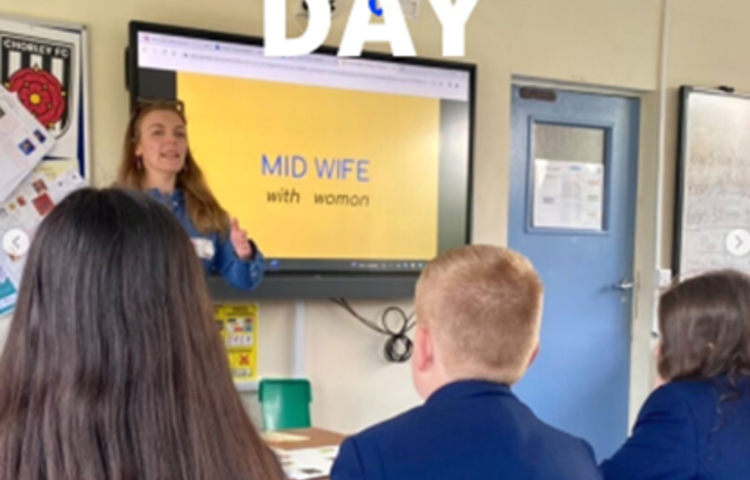